In April 2002, Governor Rick Perry tasked the Texas Water Development Board (TWDB) with developing a proposal to build Texas' very first large-scale seawater desalination plant to produce drinking water. The following year, the Texas Legislature passed House Bill 1370 directing the agency to undertake or participate in research, feasibility and facility planning studies, investigations, and surveys as needed to advance the development of cost-effective water supplies from seawater desalination in the state. TWDB has expanded its scope of desalination activities to include brackish groundwater, an abundant source of water supply in many areas of the state.

The Future of Desalination in Texas: 2018 Biennial Report on Seawater and Groundwater Desalination 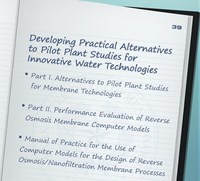 Disclaimer: Links to and information about Web sites outside the TWDB are provided solely for the convenience of the user and do not constitute an official endorsement of the information, products, or services contained therein.