The Texas Water Development Board is pleased to announce the speakers for the kickoff to the Estuary Science Exchange - a Texas-wide forum for sharing estuarine science among professionals working on coastal issues. Following each presentation there will be time available for discussion.

Generally, the forum aims to:

Reach out to the Estuary Science Exchange team to be added to the distribution list, questions, comments, or assistance. 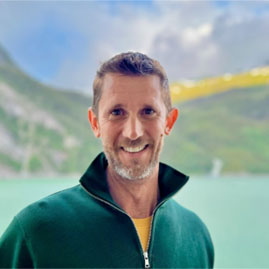 The Texas Water Development Board is pleased to announce that our next Estuary Science Exchange will feature Dr. Quinn McColly from 10:00 – 11:30 am CST on September 1, 2022. Dr. McColly will discuss his ongoing work at the Texas Water Trade where he leads the organization’s programs aimed at generating voluntary transactions to secure environmental water while also meeting agricultural, industrial, and municipal needs. The talk will be held virtually through Microsoft Teams and be followed by an opportunity for questions and discussion.

Dr. Quinn McColly has a unique background that combines practical market experience with academic research. Dr. McColly earned his Ph.D. in Coastal and Marine System Science at the Harte Research Institute for Gulf of Mexico Studies at Texas A&M University- Corpus Christi where he wrote his dissertation Market Mechanisms and the Efficient Allocation of Water. He arrived at the Harte Research Institute after a long stint in the world of finance, working as a floor trader on the Chicago Stock Exchange for a decade before moving laterally into an advisory position in private wealth management. He earned his master’s degree at TAMU-CC in Environmental Science after defending his thesis Evaluating the Interest of Voluntary Buyers in an Ecosystem Services Exchange.

Called "Her Deepness" by the New Yorker and the New York Times, a "Living Legend" by the Library of Congress, and Time Magazine’s first “Hero for the Planet,” Sylvia Earle, former Chief Scientist of NOAA, is Explorer in Residence of the National Geographic Society, Founder and Chair of Mission Blue and the founding Council Chair for the Harte Research Institute, at Texas A&M University, Corpus Christi. 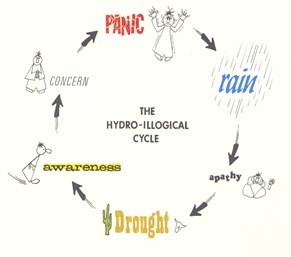 Abstract: Water development projects are constructed for human benefit, but always alter hydrology, thus altering environmental flow regimes, particularly for estuaries that are the receiving waters at the end of river courses. After the eight-year drought in the 1950s, which resulted in hypersaline estuaries, fish kills, loss of blue crabs and white shrimp, and invasions by stenohaline species, the Texas State Legislature passed a series of acts since 1975 requiring comprehensive studies of the effects of freshwater inflows on bays and estuaries. On the policy side, management has moved from a species-based approach to an ecosystem-based approach. On the science side, many different tools and approaches have been developed to define inflow needs. We are now 10 years past the initial statewide environmental flow standards being established in 2011-2013, so we are at the beginning of a new era of adaptive management.

About the Speaker: Paul Montagna, Ph.D. is the Harte Research institute Chair for HydroEcology at Texas A&M University-Corpus Christi. He has been studying inflow needs of Texas bays and estuaries since 1986. He is currently the Editor-in-Chief for the journal Estuaries and Coasts. 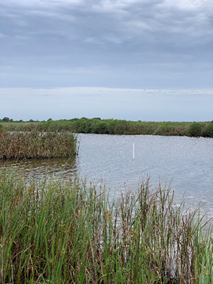 Abstract: Freese and Nichols, Inc. (FNI) is working on different projects for the Texas General Land Office involving construction of habitat and habitat protection features in estuarine environments. A recently completed project involved the siting and design of oyster reefs to be placed in the Galveston Bay system. Suitable salinities for oysters, changes in freshwater inflow, and tidal exchange were considered in identifying appropriate locations for construction of oyster habitat. Trinity Bay was considered but recent years of high freshwater inflow reduced oyster productivity in that system. West Bay was not considered because in recent decades freshwater inflows have not been consistent enough to sustain healthy oyster reefs, decimated by dermo in higher salinity environments. East Bay was selected for oyster reef construction sites because of the relatively stable salinity regimes. However, the closure of Rollover Pass to tidal exchange has raised unanswered questions about the long-term salinity patterns in East Bay and their suitability for oysters.

A current project involves protecting and restoring the mouth of Carancahua Bay, a secondary bay of the Matagorda Bay system. Erosion and shoreline breaches along Redfish Lake and Salt Lake, within the Carancahua Bay system, have resulted in ecosystem change threatening marshes. Sea level rise, changes in sediment transport, and tidal prism will continue to impact this system. Questions arise whether or not there will be adequate sediment accretion to support existing marshes and prevent marsh drowning, and whether or not there be adequate freshwater inflow in the future to maintain this ecosystem?

About the Speaker: David Buzan is a Biologist with Freese and Nichols, Inc. in Austin who has worked on water quality and quantity issues in Texas since 1978.