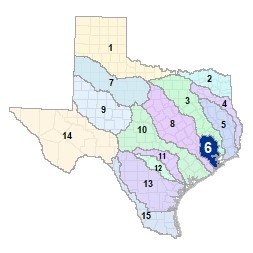 As the San Jacinto River and its many contributing creeks and bayous traverse south from the Huntsville area, its waters cross through the Piney Woods ecoregion and the Sam Houston National Forest. The river then flows across the Gulf Prairies to Galveston Bay. There are eight major lakes and reservoirs in the San Jacinto river basin, and it is the second most populated flood planning region which is also home to the fourth largest city in the United States: Houston.

Please see the RFPG Meeting Schedule webpage for information on the past and upcoming meetings.