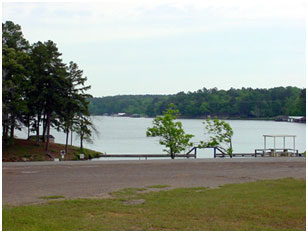 According to TWDB 2000 volumetric survey, the lake had an original capacity of 4,738 acre-feet and surface area of 481 acres at the spillway elevation of 300 feet above mean sea level at the time of construction. The drainage area above the dam is thirty-five square miles.